He was use to “cultural experiences” objectifying based on his time traveling Peru. This experienced featured a minimal amount of those elements, but far more authenticity and substance.

Families in Bali own compounds that stay in the families name for indefinitely. One grows up in this compound, then often move away for adult life, only to return around age 60-70 until death. There is a kitchen, living area, temple, barn, and cremation tomb. His tour featured explanations of each but moreover examples of real life. 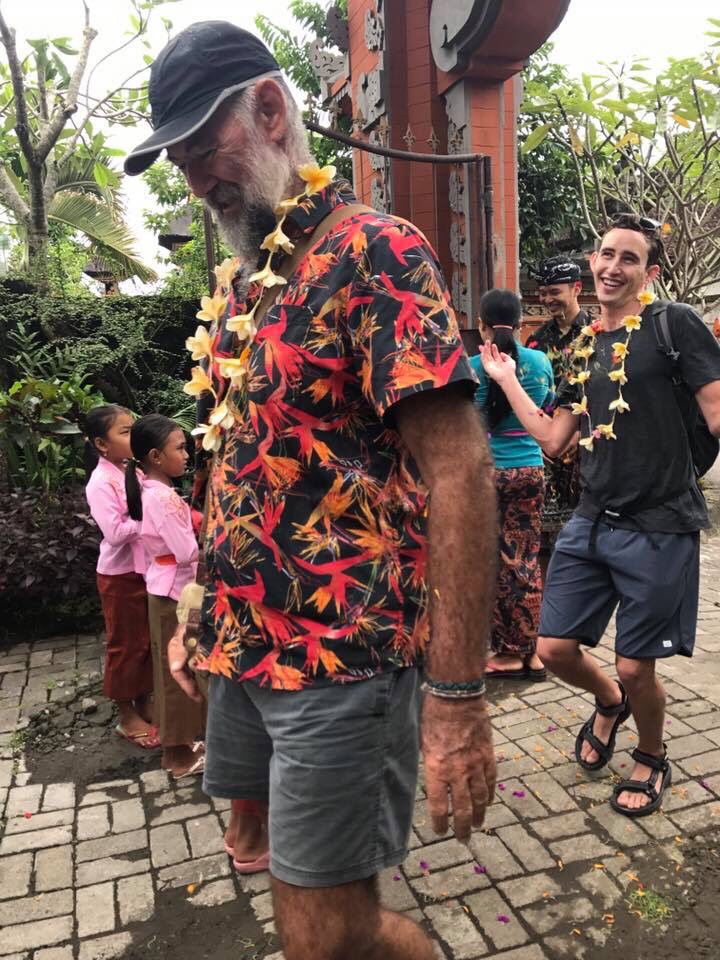 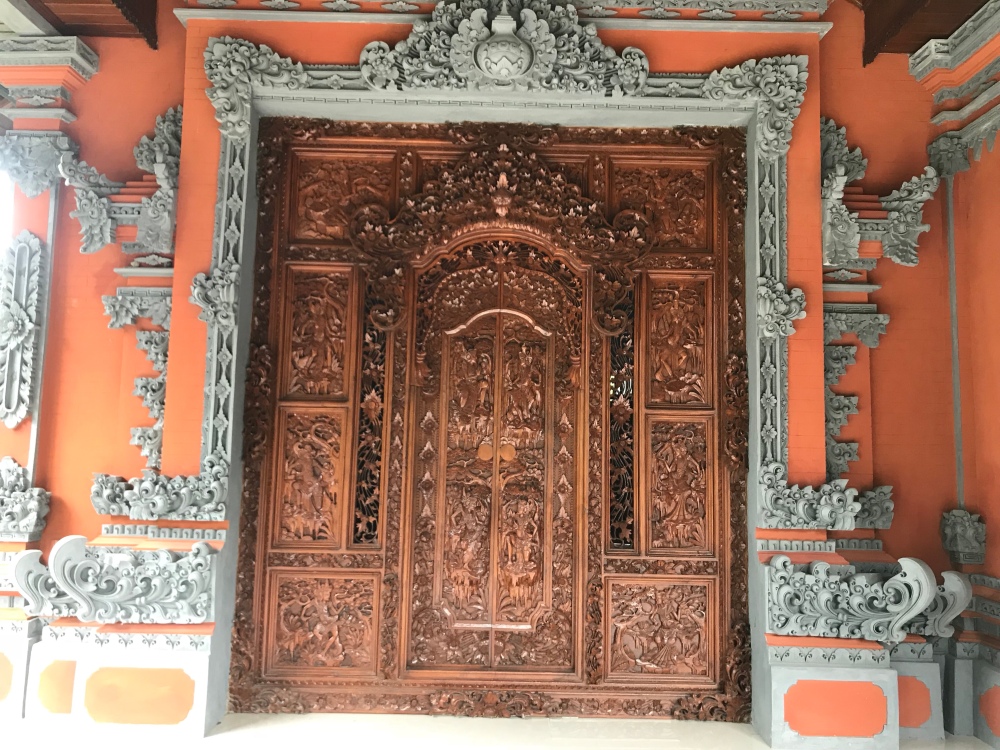 A fruit offering was prepared and a mock cockfight was demonstrated.

Food was prepared fresh in front of them. He prepared and loved a food made from wheat balls filled with brown sugar then boiled in hot water, topped with coconut shreds. The kindness of the Balinese people shown true as the Californian asked to give it a try. Finally, he found a cooking activity he enjoyed. Simple and sweet. Literally. Chicken on scewers with Balienese spices were cooked fresh before his eyes.

The rice terraces in Bali feature an unique irrigation system unlike most in the world. 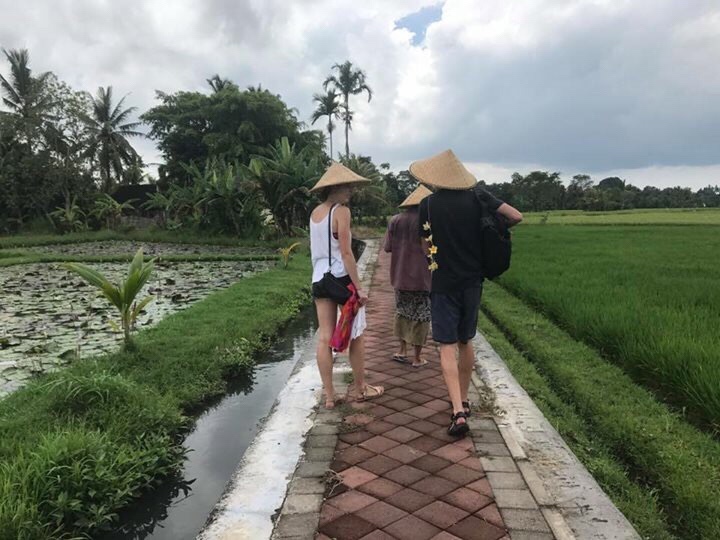 The rice fields in Bali are protected by the government because otherwise farmers would sell them to foreigners who would eliminate the rice and build hotels or casinos on the land. This trend selling land for a pretty penny to larger corporations or entities is a trend practiced in middle America for decades. For reasons of preservation, the governments Tourism Agency has assigned a promotional video of the town to be made to increase economic prosperity and provide jobs for locals who otherwise have none. Historically, the towns are self sufficient, but in this age self sufficiency only lasts so long. 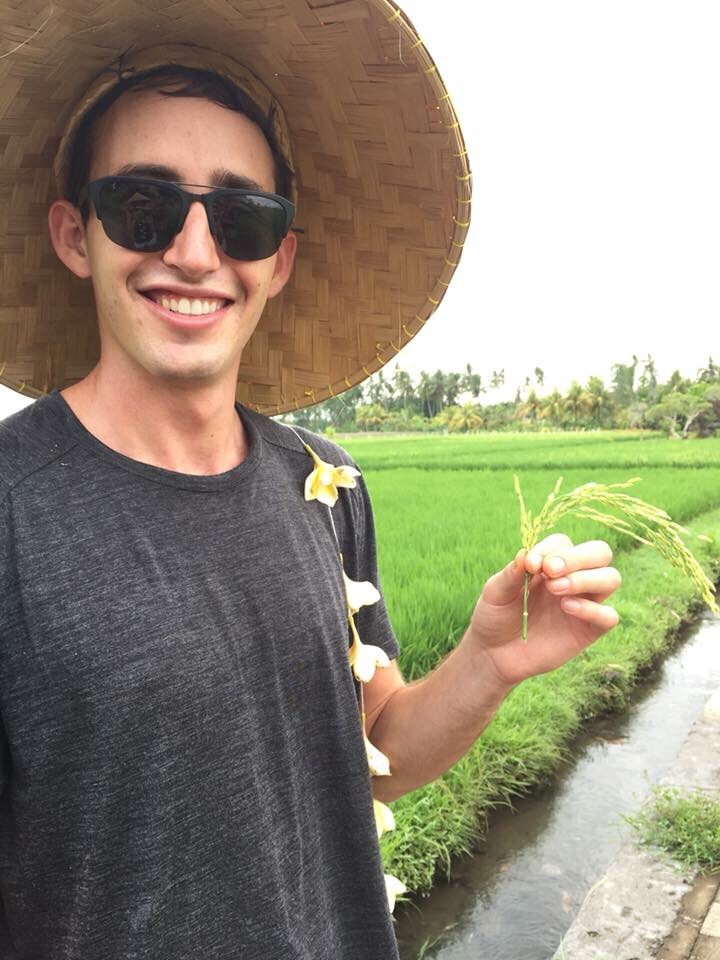 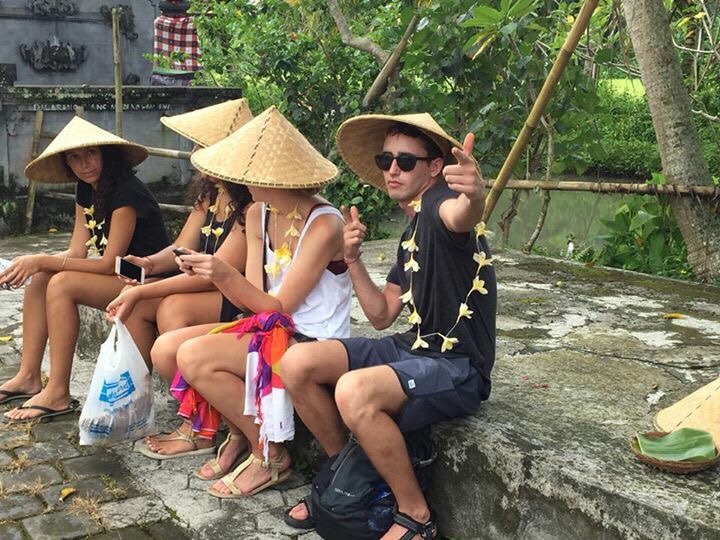 Cows were traditionally used to plow the rice fields. As our guide subtly joked, “Japanese cows” now plow the field. In the spirit of authenticity, the original method was demonstrated to us. He jumped in to give a test run. The floor is 12 inches of silky mud to wade through behind cows, navigating the cows with “haash” (left) and “hish” (right). 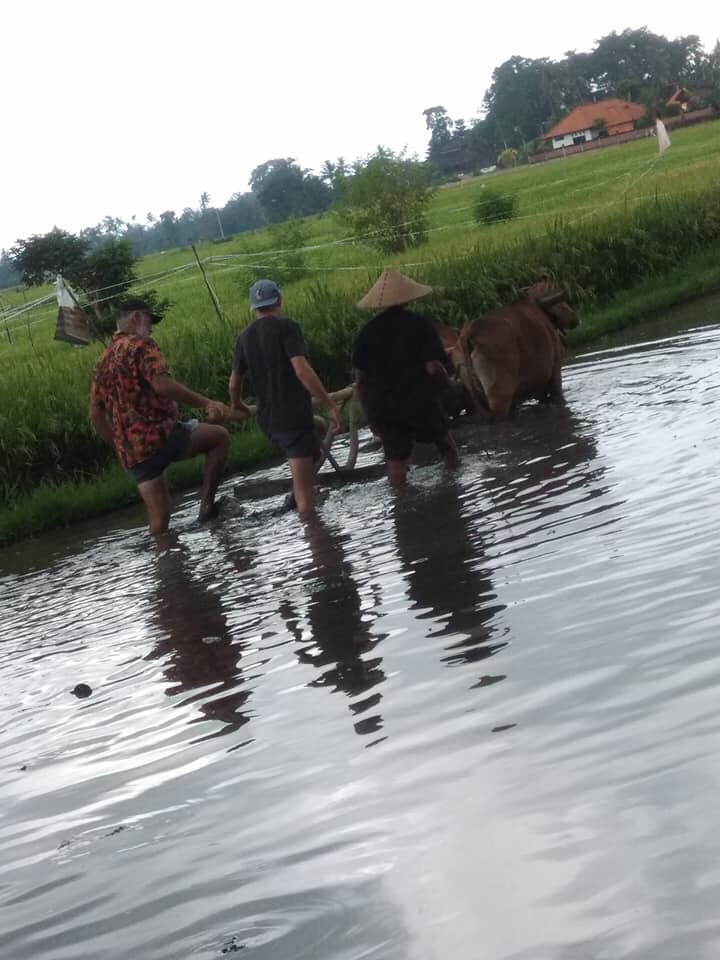 The tour concluded with a feast of a meal and traditional Balinese dancing, demonstrated by both a woman and a children’s dance group. Initially, having children preform for a bunch of white people felt uncomfortable. He later learned that all young children learn these dances and preform them at town wide meetings and religious holidays.

The short walk home featured a local excitedly throwing open his shop doors because our massive group (of 8) walked by. The shop featured about 40 items such as staples, matches, soap, candy, and other nic-naks.