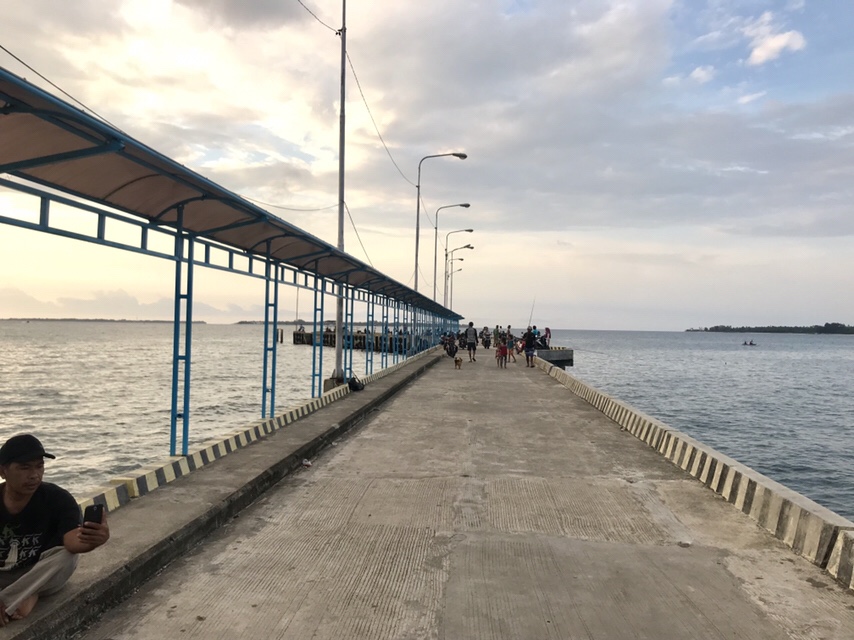 As the scooter rolled down the cement dock towards him, the driver offered a wide smile and said, “How are you, brotha?”

“Good, just here to watch the sunset,” the Californian replied, smiling in an attempt to match the warmth received from the stranger.

“Me too! And smoke some marijuana. Do you want to smoke with me?”

His name was Dan, short for Ramadan, the day he celebrates as his birthday. “I don’t have a birth certificate from when I was born, my father based my birthday on the moon.”

Dan grew up on Gili Air, a small island a ten minute boat ride away that can be circled in a 45 minute walk. There was no electricity when he was young, and they used coconut oil for firelight. The tourist culture had not begun and blue and other colored corral surrounded the island. With the influx of tourists came motorboats, and the corral died. “Now you must dive deep to see the colors, and just little bits of it. There is not nearly as much like there once was.”

“I moved here to marry my wife, I was 15.” Now, at age 30, Dan is a rice farmer with three children. He only works enough rice fields to make what he needs, and does other work when extra money is needed by helping tourists at the port, the hub/center/money making area of this small town.

Their legs hung over the edge of the dock, swinging, as the sun sank behind the volcano on Bali. Only 4 months prior Mount Agung was erupting, and ash was falling on Lombok. 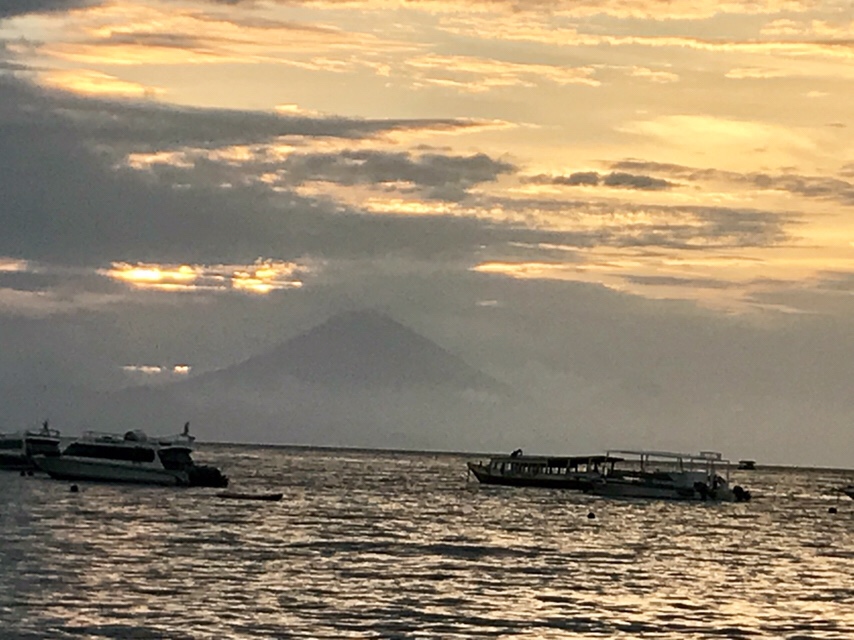 On the dock around them men fished and chatted. 100 meters away on land, a school of children and other individuals enjoyed the evening, preparing to head home for the night.

After swapping stories of growing up, their place in life now, and meeting Dan’s brother, who was fishing nearby, darkness had arrived. A heartfelt thank you and a handshake later, they parted ways.