“I think that was a mob boss.”

Ride share services such as Uber and Grab do not pickup or drop off in certain areas of Bali. An Uber driver mentioned that this is because the mafia has claim to transportation needs as it gives jobs and commerce to local services. It is not unheard of in certain areas of the United States to outlaw ride share services; New York City only permitted Uber and Lyft in June of 2017.

The Californian left the yoga retreat with the Beneficent Belgian, the Swedish Soldier, the Divine Dutch and headed to Ulutuwatu, on the south peninsula of Bali, to spend time near the beach. After a week of living in a jungle surrounded by rice fields they decided to treat themselves by staying in a villa with a private pool. The address listed on airbnb did not match the actual address of the villa, and the four left lunch at the health conscious restaurant The Cashew Tree and walking a mile through winding tree lined streets in the afternoon heat into a neighborhood where residents quizzically, kindly, and seriously asked “Where are you going?”

The portly driver of a black SUV rolled down a tinted window revealing two hands decorated with a dozen golden rings and a necklace setup to rival 2 Chainz. “Where are you headed?” he asked, with some sensitivity and a lot of authority.

“Duke’s Villa. Can you give us a ride?,” they asked, having not yet put together that this may be a leader of a local mafia.

He looked to his mistress in the back and they spoke in hushed Balinese tones, “No.” The window rolled up and they drove away.

The four, dripping sweat in the afternoon heat from the weight of their bags and the weight of of being lost, walked down the street 150 meters and found a local to give them a ride. He laughed hysterically at our misfortune of walking so far from our destined villa after dining just one block away.

Upon successful arrival, the four sighed relief and spent the afternoon basking in the sun of their loungers and swimming in their pool. 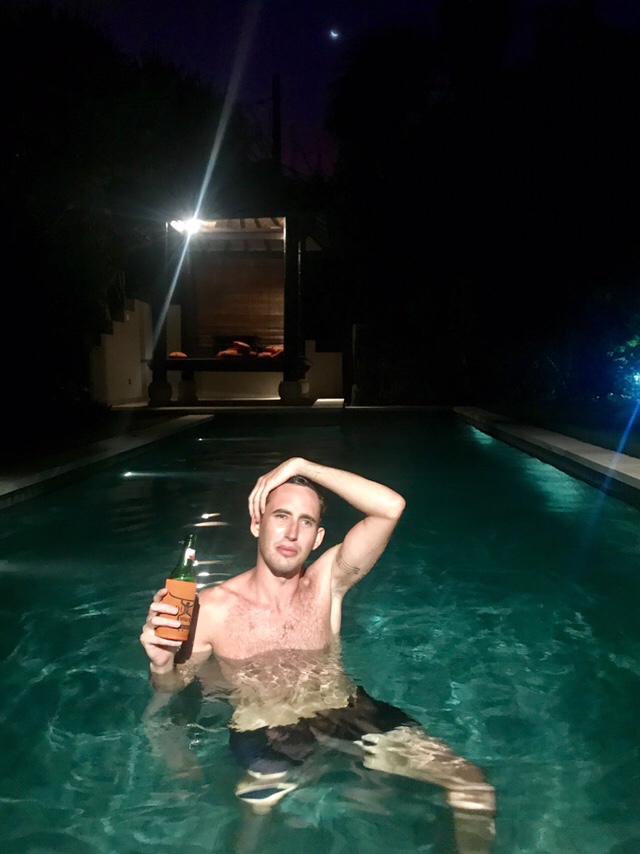 Eating vegan for six days while at the yoga retreat was a proud experience for the Californian. It was not difficult, in fact, he ate a larger quantity of food than an average week. But by day five he was ready for cheese. That night, the four gorged on pizza and fell asleep full and satisfied. 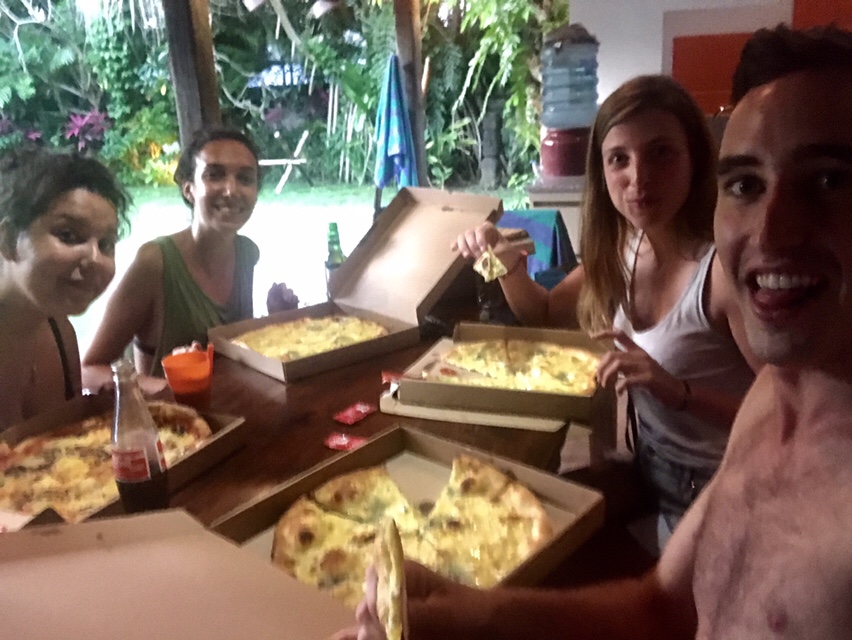 They drove to Patang Patang beach and followed the steps beneath an encroaching rock face to the small spit of sand. The water, as warm and clear as Hawaii, welcomed his body. He did not realize until a day later but another dream was actualized as he floated in the ocean. 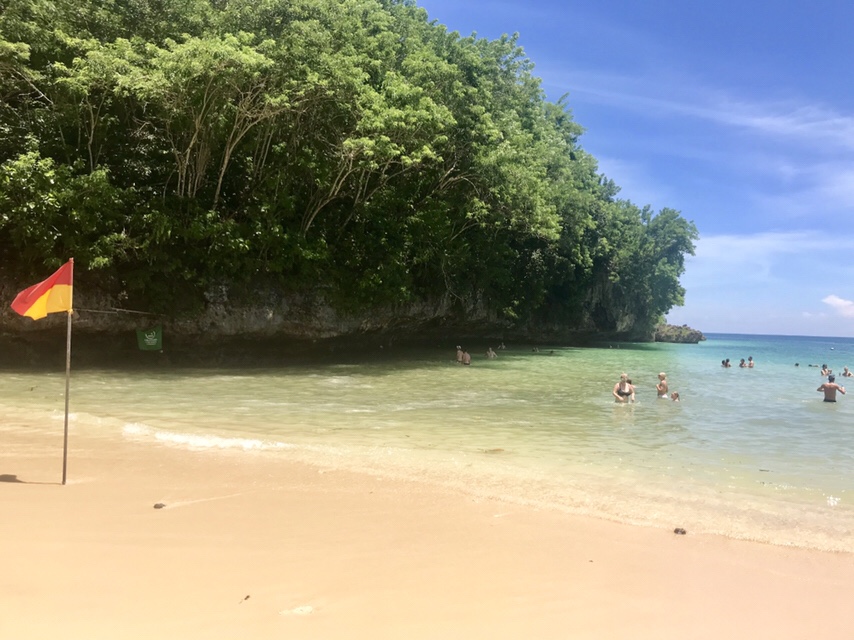 In elementary school geography, he was tested on knowing the five oceans of the world. The Pacific Ocean was always an easy answer because it was tangible—he had been in it before. He had seen it growing up. The other four took relentless studying to remember. Talking to his peers, others bragged about going in the Atlantic Ocean when visiting family. With a twinge of jealousy, he thought how one day he wanted to swim in each of the oceans of the world. And that sunny late morning in Indonesia was the day he swam in the Indian Ocean.

Single Finn is the place to be for sunset, they heard. The multi-level bar hosted hundreds of tourist as the evening sun sank into the ocean. The taste of the local Pilsner, Bintang (his first beer in weeks), paired with the first ‘Mexican’ food he had had in three weeks—nachos. 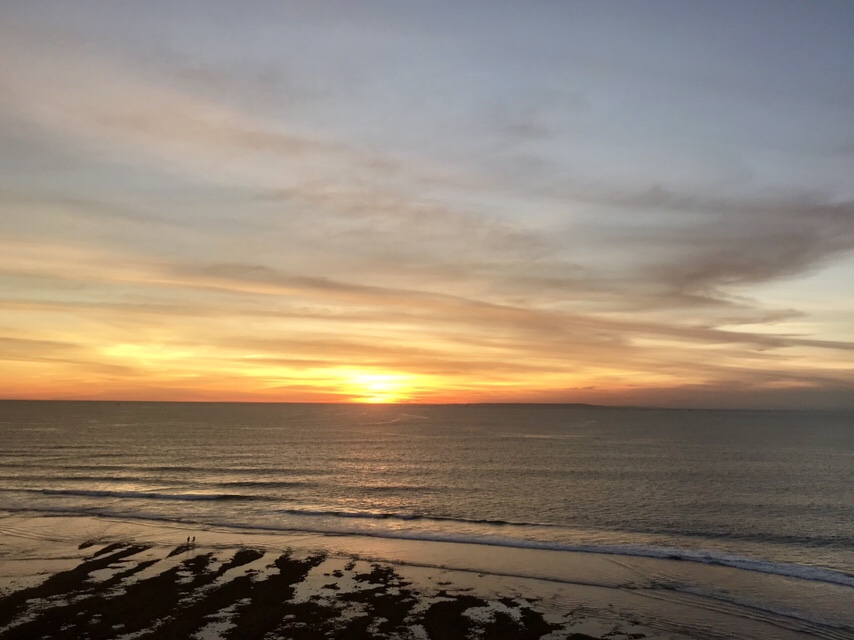 A solo exploration was in order after spending one and half weeks with a group. He took the scooter and ventured to the temple of Ulutuwatu built in the 11th century, which stands on an outcropping amoung sheer cliffs. He adorned his sarong and paid the entrance fee. As he passed the man hanging out the rental sarongs, he was eyed up and down. The man approached him and said with authenticity, “That is a very nice sarong. Where did you get it?” Instant gratification was felt by the Californian because the man who works with sarongs daily complimented his. His step turned to a strut as he entered the holy grounds.

Walking through the jungle along the stone laden path, the loudspeaker blared in multiple languages, “Beware of the monkey, keep your valuables safe. Do not feed or touch the monkey.” 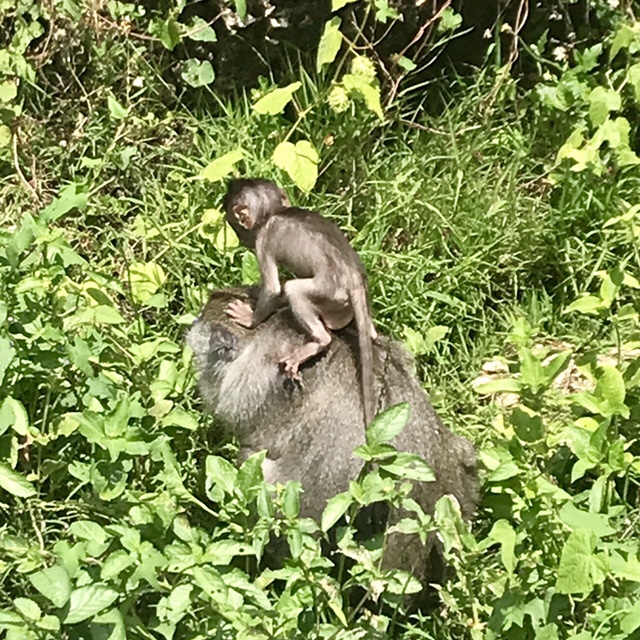 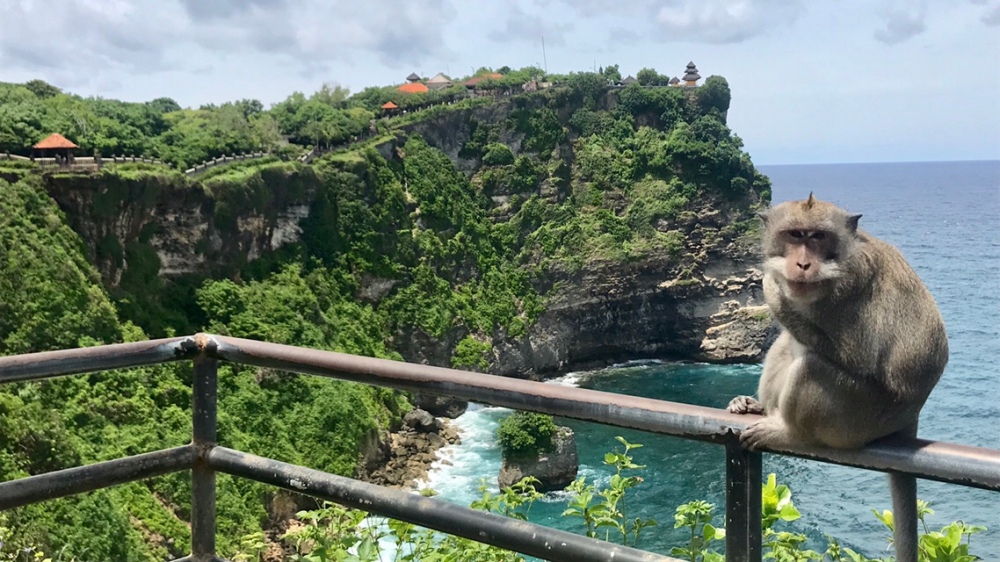 The stroll along the cliff was reminiscent of Hawaii, but was more sheer and allowed for closer and better visitation. The bus loads of tour groups quickly irritated him and he fast walked along the cliff side, taking in the visuals more rapidly and with less congestion. 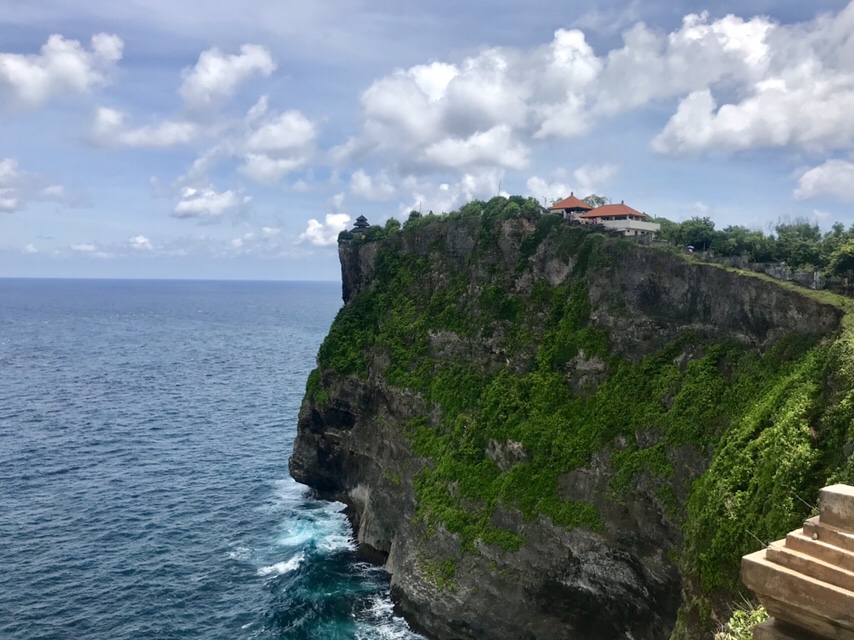 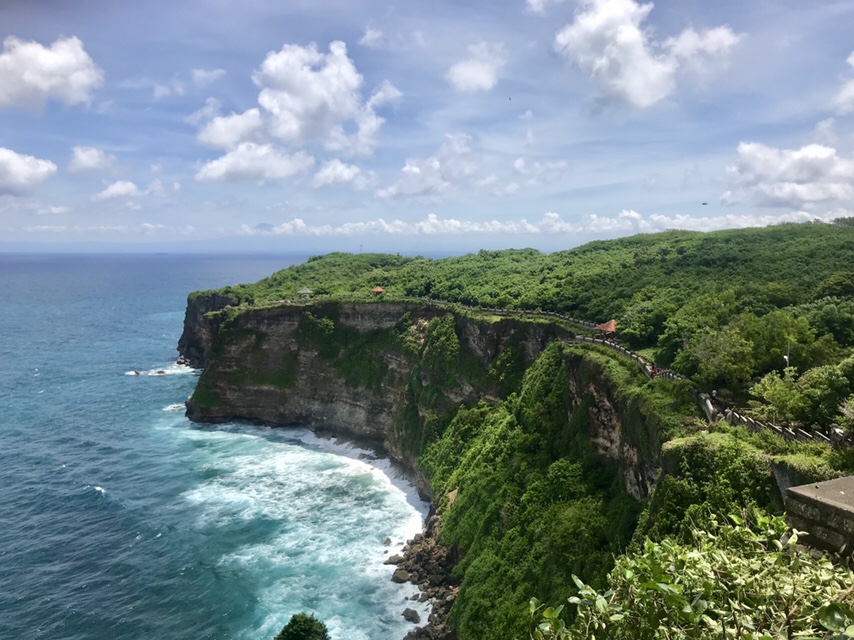 The 20 minute scooter home found him escaping the afternoon heat in the private pool. Not long after, the Beneficent Belgian and him headed on an excursion to a pharmacy for Tiger’s Balm* to ail his aching back.

Earlier that day before he entered the temple, the Californian went down a rock laden dirt path near the entrance of the temple because something within him said, “explore.” After eight minutes of bumpiness, 14 cows, and two dogs, he reached a work site currently under construction.

Parking the scooter, he did not see any “Do Not Enter” signs, and even if he did he would feign ignorance by blaming it on being a stupid American, a very believable excuse. He was not stopped, but instead found the property of unique architecture and green gardens welcoming him.

Before entering the Holy grounds that day, these were the dramatic cliffs he saw he saw on his lonesome. “What the…” he said out loud to no one. The wind blew strongly upward off the cliff face while the ocean waves crashed below. This was a special spot. 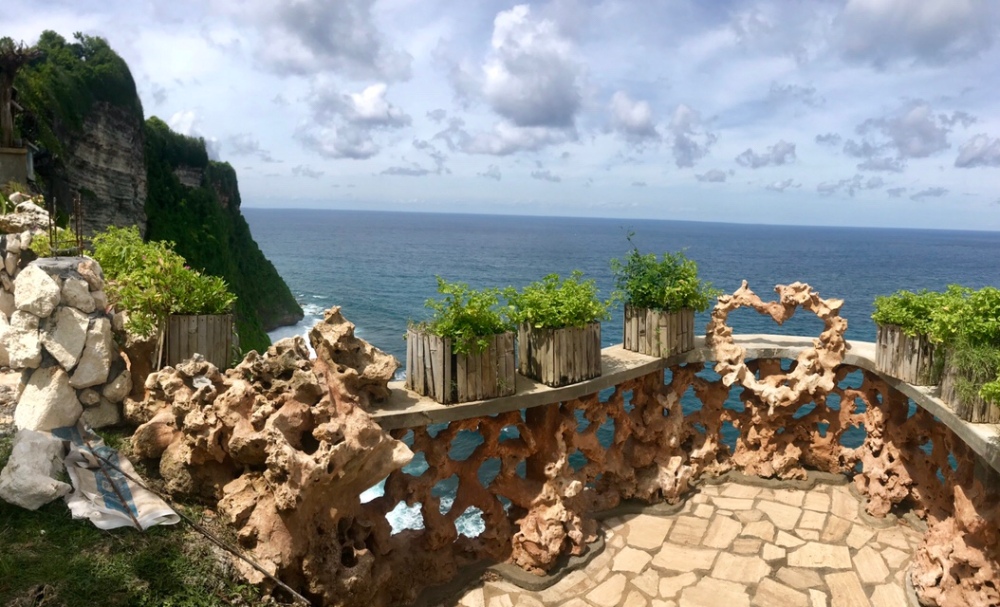 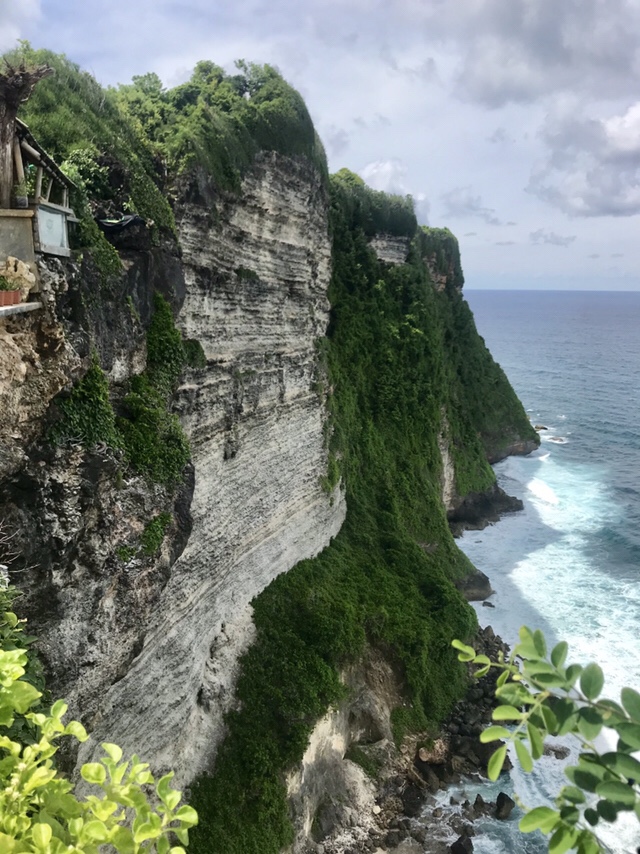 After buying the Tiger’s Balm, the Californian turned to the Beneficent Belgian and asked, “Do you want to see the cliffs I went to earlier? They are less than 10 minutes away.”

Experiencing something unexpected, secret, and visually stunning is literally awesome. Not the bullshit “literally” or bullshit “awesome” we use to describe the last burrito we ate, but actually uncontrollably uttering “awe.” Being able to vicariously experience that feeling again with a friend is almost as good at the initial shock and wonder, if not better.

A staff member of the soon to open restaurant and eco park approached us and asked if we wanted a tour of the gardens. The Beneficent Belgian, who works with fruits and vegetables for a living, slapped his arm repetitively with excitement and said, “Of course.” The walking path was arched with trees was lined with dragonfruit, peppers, corn, and dozens more. We entered a 30 meter long greenhouse constructed of bamboo and picked our own bockchoy for the green juice they asked us to try out and give feedback on as the chefs were developing the menu. 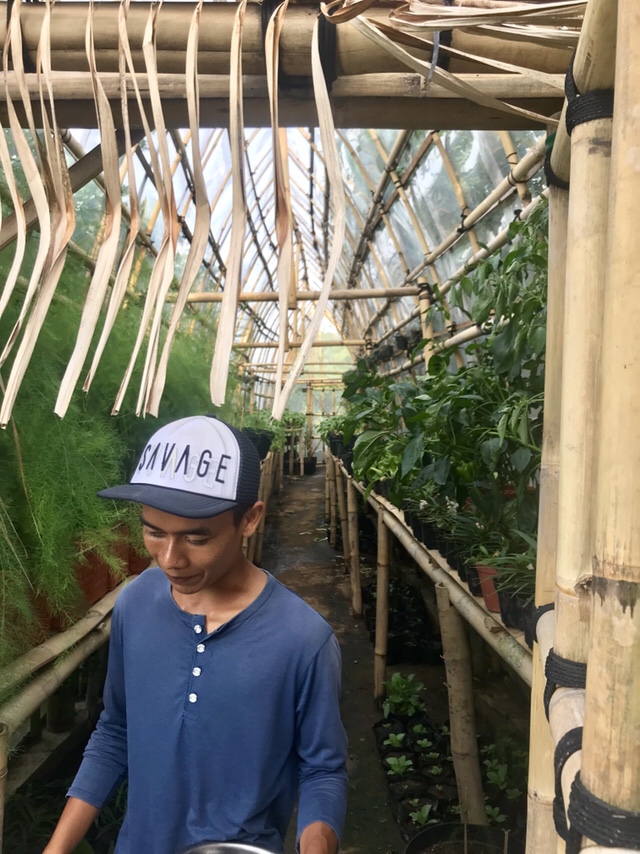 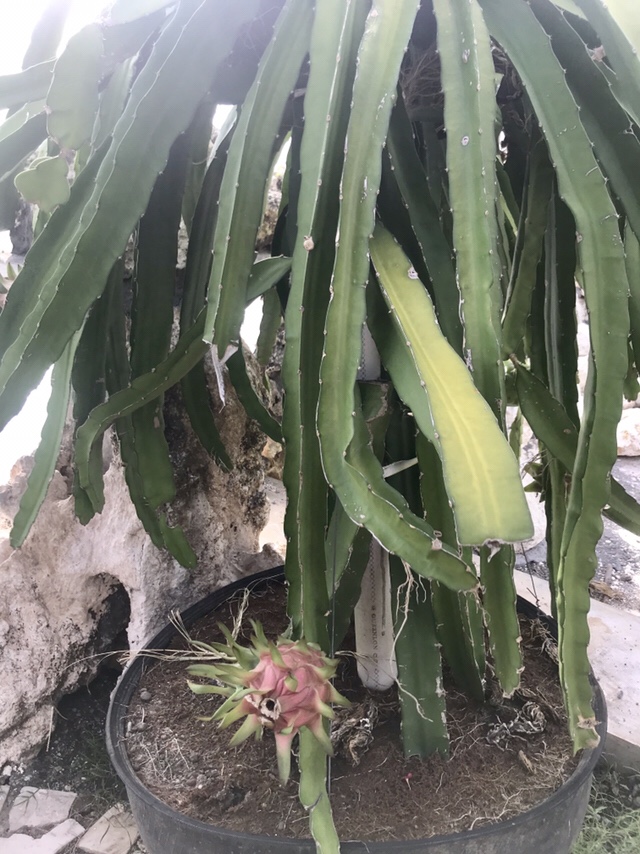 The two sat at “the best” spot on the property, per their hosts suggestion, and watched the late afternoon sun head downward to meet its old pal the Indian Ocean. “Single Finn” has nothing on this view, they agreed. 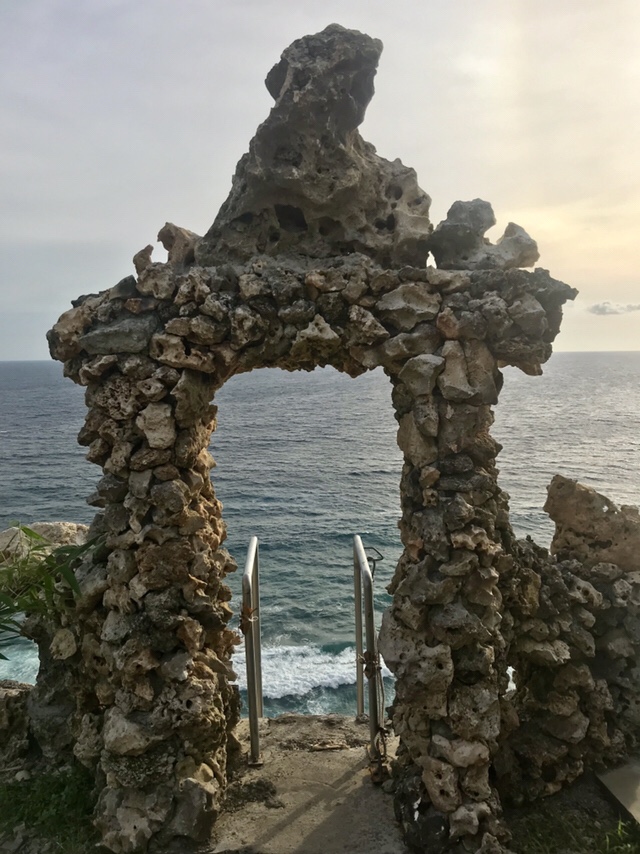 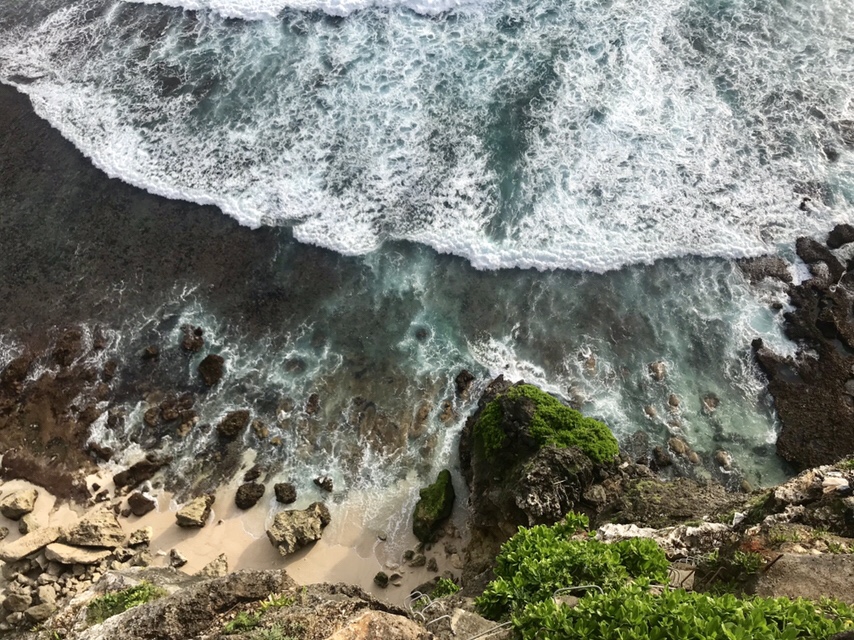 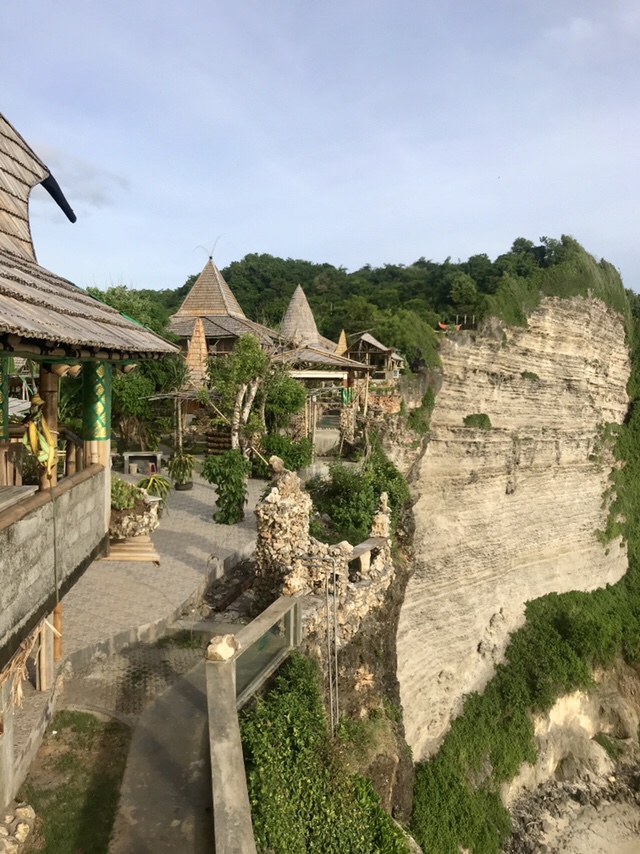 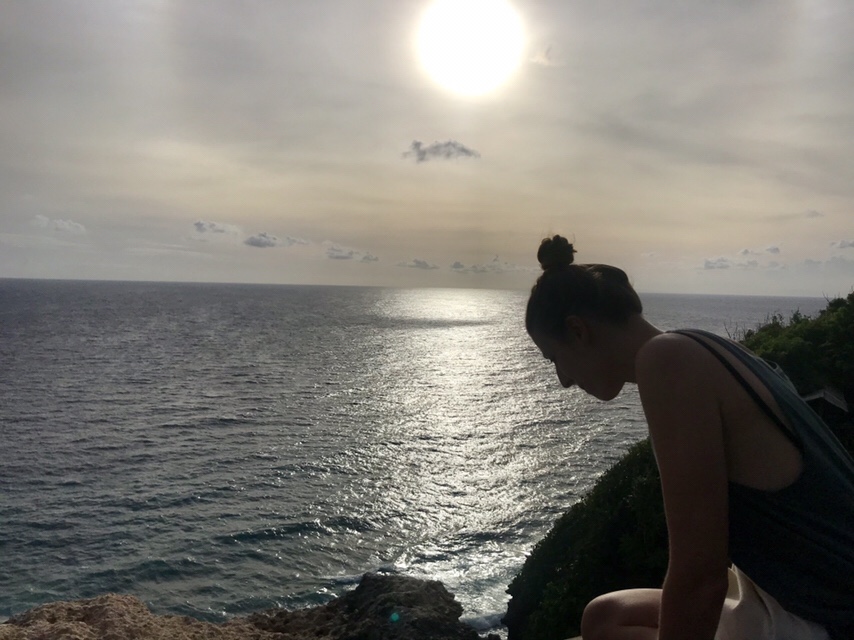 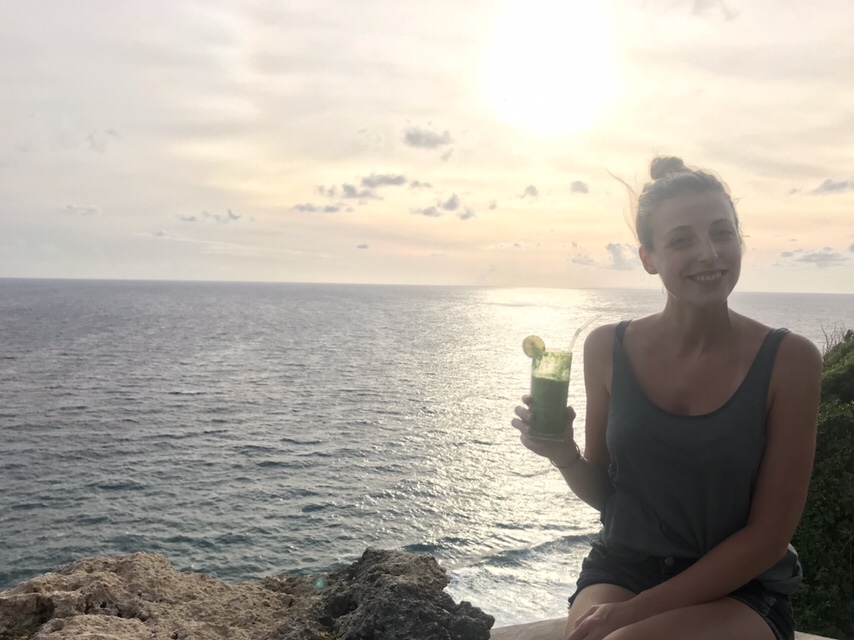 On their final night together, the four had another round of pizzas. The Hawaiian themed villa provided comfort and the friendships provided warmth in a country thousands and thousands of miles away from where any of them called home. Maybe for those few days, that was home.

*Tigers Balm serves many purposes, but primarily two for the Californian. Firstly, it is a topical ointment that provides relief from muscle aches. He finds relief from back pain for a couple hours when applied. Secondly, it is a badass name that makes him feel like a warrior when he uses it.